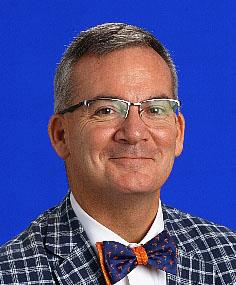 After more than 20 years in public education, including 12 in a variety of administrative roles in Cherry Hill, Dr. Joseph Meloche was appointed Superintendent of the Cherry Hill Public Schools on August 25, 2015. He is the first district alumnus to serve as Superintendent. Prior to returning to Cherry Hill as an educator in September 2003, Dr. Meloche taught middle school humanities and middle school English in the Willingboro and the Maple Shade school districts. He also served as the Director of Curriculum and as the principal of the Steinhauer School in Maple Shade.

Dr. Meloche applied what he learned as a student in Cherry Hill to his own academic pursuits, earning his bachelor’s degree at DeSales University, earning master’s degrees from Holy Family University and Widener University as well as his doctorate in education from Widener University. He and his wife, Ann, live in Cherry Hill and have four daughters – three of whom are currently college students and one who is a student in the district. As Superintendent, Dr. Meloche provides the critically essential leadership required to provide an academic environment of excellence throughout the district, which embraces diversity while motivating and engaging all students to be successful as scholars and as people.